Chelsea and City’s Pursuit of Halaand Hit By Setback 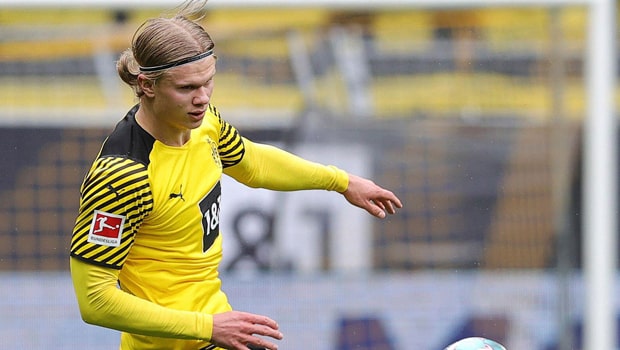 Chelsea’s pursuit of Norwegian striker Erling Haaland has been hit with a setback after German club side Borrusia Dortmund claimed they don’t intend to sell the striker this summer.

While Chelsea has not submitted an official bid for the 20-year-old striker, German manager Thomas Tuchel is very keen on the former Red Bull Salzburg striker.

Recent reports also indicated that Chelsea was ready to include players in their bid to sign the striker with Tammy Abraham to be added to the cash.

His performances have caught the attention of Manchester City and Spanish manager Pep Guardiola as well as links to Real Madrid and Paris Saint-Germain.

Manchester City is in search to sign a striker after Sergio Aguero ran out of contract at the Etihad Stadium and has moved to Camp Nou for Barcelona ahead of the new season.

However, Haaland is not the only striker that Manchester City has been linked to this summer with reports also claiming that the Premier League champions are also interested in signing Harry Kane from Tottenham Hotspur.

Harry Kane has always been vocal about his desire to win trophies which have not happened at the White Hart Lane Stadium.

Recently, Bayern Munich striker Robert Lewandowski indicated his interest in leaving the Allianz Arena and he is also considered to be a potential target for Manchester City.

Borussia Dortmund has agreed on a deal to allow Jadon Sancho to join Manchester United with the England midfielder set to undergo a medical before completing his move to Old Trafford.

However, it must be noted that Dortmund had a gentleman agreement with Jadon Sancho to let him go if there is a suitable deal.