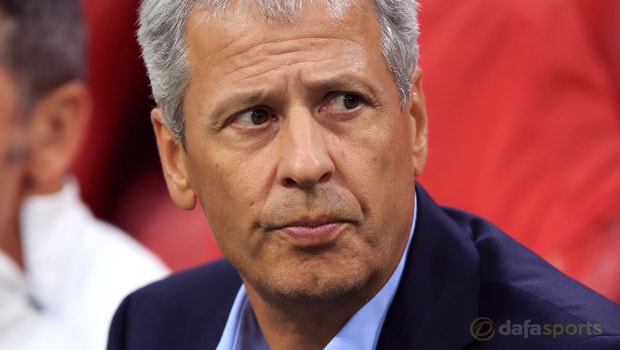 Borussia Dortmund have confirmed former Nice boss Lucien Favre as their new coach ahead of the 2018/19 campaign.

The German giants have been looking for a new boss for the last few weeks after Peter Stoger confirmed his decision to leave at the end of last season.

Stoger guided the club into the Champions League despite losing their last two Bundesliga games.

Favre left Nice at the end of the 2017/18 campaign and he has signed a two-year contract at Signal Iduna Park.

The 60-year-old has plenty of Bundesliga experience after previous spells at Hertha Berlin and Borussia Moenchengladbach.

The former Swiss international insists he is excited by the club’s project as he tries to help them close the gap to champions Bayern Munich.

He told the club’s official website: “Coaching Borussia Dortmund is an exciting task that I’m delighted to take on.

I’d like to thank the directors for the faith they’ve shown in me. We’ll now work together on the new team.

“BVB is one of the most interesting clubs in Europe and I’m looking forward to returning to the Bundesliga, which I know extremely well and always kept an eye on during my two years in Nice.”

Favre will be unveiled at the beginning of July before starting pre-season plans and the club’s sporting director Michael Zorc is excited for the future.

He added: “The appointment of Lucien Favre as coach is an important aspect of our fresh sporting start this summer.

He’s highly regarded by us for the technical qualities that he demonstrated in impressive style many times throughout his spells with Hertha BSC and Mönchengladbach in the Bundesliga, and more recently with Nice.”