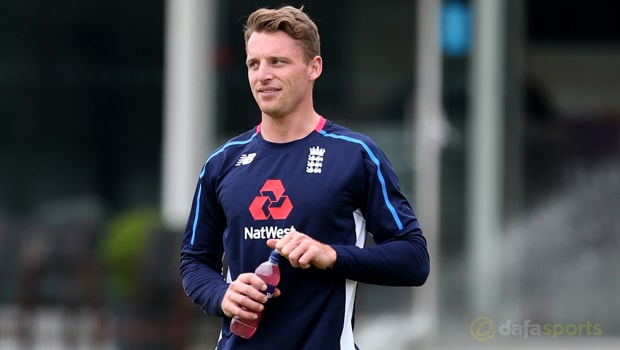 England batsman Jos Buttler insists he is excited after being given another chance in the Test team this summer.

The 27-year-old has been recalled by the England selectors just months after he considered quitting white-ball cricket.

Buttler admits he wanted to prove his worth in Test cricket and was willing to focus on that area of his game this summer. He is back in the fold as a specialist batsman for the first Test with Pakistan despite playing just four first-class matches since 2016.

Buttler is regarded as one of the best white-ball players in the world but has yet to deliver the goods in Test cricket.

He recently returned from the Indian Premier League, scoring 548 runs in 13 innings, and the Lancashire batsman is ready to test himself this summer.

He told BBC Radio 5 live: “Having not being selected in the Ashes squad, I had thought maybe the best way of being the best red-ball player I can be was to stop playing white-ball cricket for a couple of years and give red-ball cricket a real stab.

“You wonder whether when playing a lot of white-ball and franchise tournaments, do you have enough time to work on your game seriously and show you are trying to improve and get back in [the Test team]? “It’s not that you live with regrets, but you definitely miss it.

To get that call, the overriding emotion was excitement. I came for a hit here on Saturday. Turning up here on England duty to play a Test match is unbelievable.”