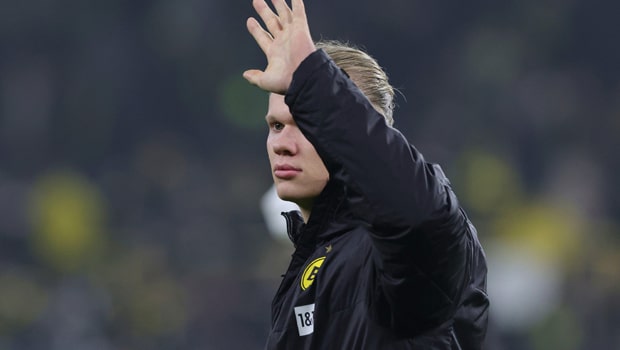 Erling Haaland is one of today’s most sought-after players. All the big clubs in Europe want the Borussia Dortmund superstar.

Real Madrid and Manchester City seem to have the most serious intentions to sign the player. However, it is rumored that Chelsea, Manchester United, and PSG could submit bids for the player.

Despite the interest in the 21-year-old, Dortmund does not want to let him go. According to reports from Germany, the club has sent a deadline and an extension offer to the player.

Dortmund have apparently given Haaland until the end of February 2022 to decide his future. If the player wants to stay at Signal Iduna Park, the club is willing to offer a juicy salary increase to extend his contract until 2023.

Currently, Haaland and his agent Mino Raiola are carefully analyzing all offers. However, the Norwegian player seems to be more interested in playing in LaLiga.

According to journalist Gianluca Di Marzio, Haaland does not like the Premier League that much and does not feel it is the right league for him at the moment. Moreover, the player is not keen to stay at Dortmund after the club’s poor results in the Champions League.

According to Di Marzio, Real Madrid is Haaland’s target, who claims that the Norwegian has instructed his agent to accept the Spanish club’s offer.

Real Madrid, for their part, are hoping to sign Haaland and Kylian Mbappe to return the club to the top of the European competitions.

Haaland is one of the most effective strikers at the moment and has scored 19 goals in 16 games in all competitions this season.