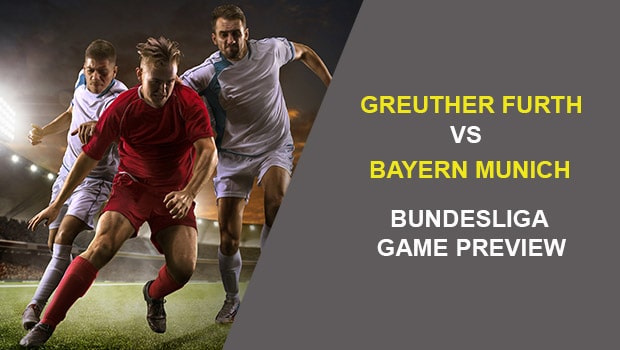 The player to watch in this game is Robert Lewandowski, who has been unstoppable this season, scoring seven goals in five games. SpVgg Greuther Furth has porous defense that has already conceded 13 goals in just five games in the Bundesliga and it’s hard to seem them end Lewandowski’s impressive run. Let’s take a closer look at where the value is at in this matchup.

Momentum: Bayern Munich has been on an upward trend — winning 4 of their last 5 games in the Bundesliga.

Head-to-Head: These two sides last matched up in Bundesliga action on January 19, 2013 and Bayern Munich won 2-0.

For SpVgg Greuther Furth, Cedric Itten has a 12 percent chance to score. He averages 0.77 shots overall per sim, 0.85 shots on goal per and 0.41 goals per sim.

Four-star (out of four) AccuScore hot trend pick on Bayern Munich in this one. Average score in simulations is Bayern Munich 4.16 to SpVgg Greuther Furth 0.33.

Make sure to check all other MLB, NFL, NCAA, NHL, NBA and soccer game predictions from AccuScore and Dafabetsports.