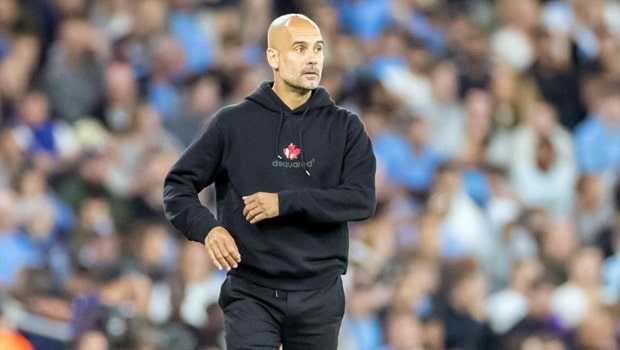 Chelsea will hope to pull clear of Liverpool and Manchester United at the top of the Premier League table on matchday 6 but will have to do it against Pep Guardiola’s Manchester City when both sides face off on Saturday.

The Blues, like their rivals, have thirteen points from five matches conceding just once and scoring 12 times, sharing same statistics with Jurgen Klopp’s Liverpool.

Furthermore, it is a chance for Pep Guardiola to finally get one over German manager Thomas Tuchel.

Interestingly, Tuchel was never unable to get a single victory over Pep Guardiola when both managers worked in Germany but within weeks in England he became the first manager to beat the Spaniard three times in a row.

There are no new injury worries for the Blues but it’s not certain Eduoard Mendy will be in the goalpost having missed Chelsea’s last two games while Christian Pulisic has not recovered in time for the game since his ankle injury during the international break with the U.S national team.

However, Manchester City will not have Aymeric Laporte, John Stones and obviously Benjamin Mendy for the game but there are still uncertainties surrkunfknh the availability of Rodri, Ilkay Gundogan and Oleksandr Zichenko.

Chelsea won their last Premier League game beating London rivals Spurs 3-0 while Manchester City were held to a 0-0 draw against Southampton at the the Etihad.

Both sides also moved into the fourth round of the Carabao Cup during the week as Chelsea dispatched Aston Villa on penalties after a 1-1 draw in regular time.

Manchester City made light work of Wycombe Wanderers with a 6-1 scoreline.

Meanwhile, Arsenal will hope to continue their resurgence this season with a clash against North London rivals Spurs on Sunday.

After two 1-0 wins in the Premier League, against Burnley last weekend and Norwich City the weekend before, the Gunners got past Wimbledon in the Carabao Cup during the week.

Only three points separates Arsenal and Tottenham despite the Gunners being in 13th and their rivals in 7th.