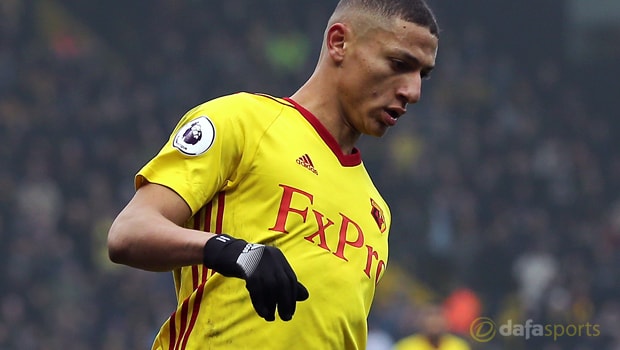 Watford winger Richarlison is thinking about competing in the Champions League although his focus right now is on helping his side enjoy a good end to the season.

Richarlison arrived at Vicarage Road last summer, signed by ex-boss Marco Silva, and the former Brazil Under-20 international has enjoyed a fantastic debut season so far.

The 20-year-old has been an ever-present in the Premier League, scoring five goals and registering eight assists, and has caught the attention of several clubs across Europe.

Chelsea are believed to be keeping tabs on the winger, who impressed against the Blues earlier this season, while Tottenham and Arsenal are also interested.

Watford look like they will have a hard task to keep hold of the Brazilian in the summer but the club will be able to command a high transfer fee for their in-demand star.

Richarlison was recently quizzed about the speculation regarding his future and although he admitted he dreams of playing at the top level, he insists he wants to help the Hornets end the term well.

He said to ESPN: “Look, everybody wants financial security for their family, and when a player says otherwise, he’s lying.

If I play at a really high level, opportunities will come my way. “But right now my mind is focused on Watford.

I will raise my level. I think about playing in the Champions League and being the top scorer in the Premier League.”

Watford make the trip to the Emirates on Sunday to take on Arsenal and the visitors are 6.50 outsiders to claim all the spoils.