Posted by Akinnifesi Olumide on August 31, 2022 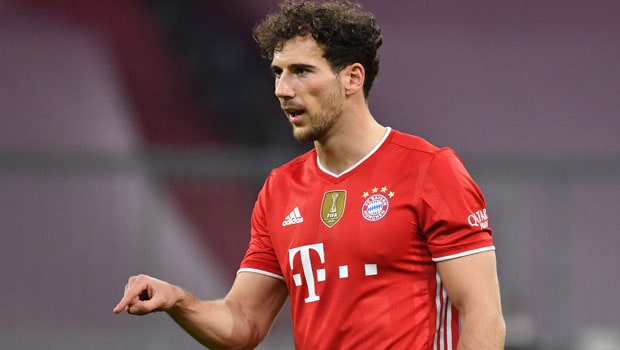 Bayern Midfielder Leon Goretzka is set to resume training with the team as he aims to work his way to full fitness.

It’s been a frustrating period in the past nine months for the midfielder as he has been unlucky with injuries which in turn affected his performances. Alas, there is good news as Goretzka is now close to the action on the pitch after several training sessions with the first team during the week.

Manager Julian Nagelsmann has now confirmed that the Germany international will be part of the team making the trip for the game against Viktoria Koln in the DFB Pokal on Wednesday evening.

In an exclusive chat with the club media, Goretzka revealed he is looking to kickstart his season to get more games under his belt.

” I’m glad to be back on the team. Obviously, it hasn’t been easy out there for a long time and not kicking a ball, but after finishing my rehab, I am now hoping to run and play football again, and I can’t wait to get out there to make Bayern proud”. He said.

The game tomorrow night [Wednesday] against Viktoria Koln may come too early for him, but there are indications he could be introduced from the bench to play 20 minutes or thereabout.

His current situation demands him being eased into action as the club must manage him since he’s just returning from an injury.

Goretzka’s partnership with Joshua Kimmich can’t be over-emphasized, as the duo has formed a great bond in the middle of the park for over two years.

During his absence, the ever-reliable duo Kimmich and Sabitzer have so far deputized well in the midfield and will be quite difficult for Nagelsmann to drop these two players with Goretzka in the frame as he will have to wait his turn to make his return to footballing action.