Posted by Olumide Akinnifesi on February 13, 2020 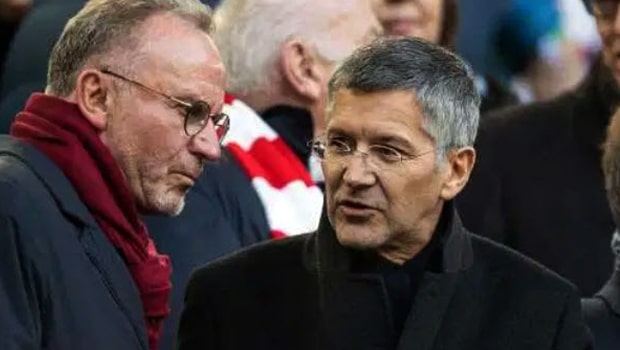 The President revealed the aim is to bring players through the academy ranks and they have got four players training permanently with the team; Joshua Zirkzee, Dajaku, Singh and Bastia- Meier.

When questioned if Bayern will rely on their finances to achieve success in both national and international success, he added; “the four players will become Bundesliga regulars, and I am sure some of them will make it here at the club.”

Oliver Bastia-Meier is the only player who is yet to make an appearance competitively for the senior team. However, on the bright side, the 18- year old winger has been phenomenal at the youth level scoring five goals with the same number of assists in eight U-19 Bundesliga games. In addition to this, he has three goals in three UEFA youth league games this campaign. He has also been on the substitute bench for Bundesliga and DFB Pokal games with the first team this season.

Zirkzee is another player who is not alien to the first team. The 18-year old Dutch forward has scored two goals in just three minutes of the Bundesliga match.

Sapreeet Singh made a move from Wellington Phoenix to Bayern and has impressed former manager Niko Kovac to earn a place during the pre-season games which he featured in five matches.

Finally, amongst the four players, Dajaku is the player with the most experienced Bundesliga player with four substitute appearances.

With the gesture of giving these four players a shot at the first team and also with the backing of the President, it shows Bayern want to develop more talents through the youth ranks.