Posted by Olumide Akinnifesi on November 6, 2019 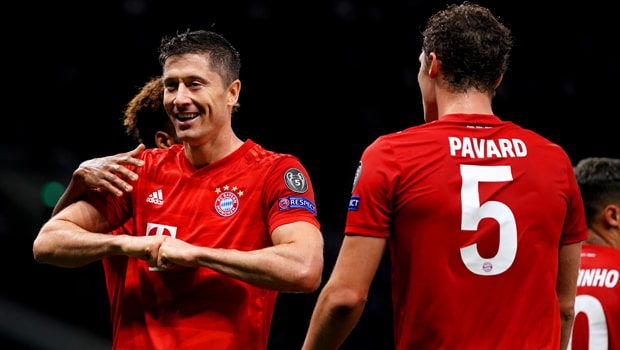 It’s the Matchday 4 in the Champions League night again as we take a look at the match preview between Bayern Munich against Olympiakos.

The last time both sides met Bayern swept aside the Greek side with a clinical performance in a 4-0 win.

Bayern has been having a difficult time and poor run of form in the Bundesliga recently, and this has led to the sack of Niko Kovac, who was dismissed as head coach yesterday. However, they have been maintaining a decent form in Europe, but their woes continue in the League. It is expected of Bayern tonight to ease past their Greek opponents who seem achievable.

We look forward to seeing how the interim manager lines up his team tonight.
It’s no more news how Bayern was trashed 5-1 by Eintracht Frankfurt on Saturday as their defensive deficiencies seem to cost them in their games. They have to be more compact at the back when facing Olympiakos. Though some of their key defenders are out injured, Robert Lewandowski will be the man to watch out for as he is on a scoring spree currently.

Olympiakos, on the other hand, has just one point from possible nine in group B, and there is no way they are going to cause an upset at the Allianz Arena. For the Greeks to put up a tough challenge, they will have to get goals due to the inconsistencies at the Bavarians defense.

Bayern has conceded a total of 17 goals in their last seven outings
Olympiakos has struggled for consistency on the road, winning just a game.

Bayern is priced at 1.17 to win the game, while Olympiakos are available ar 16.24 to defeat Bayern.