Bayern Munich to make a move for Sane in the Summer

Posted by Olumide Akinnifesi on November 17, 2019 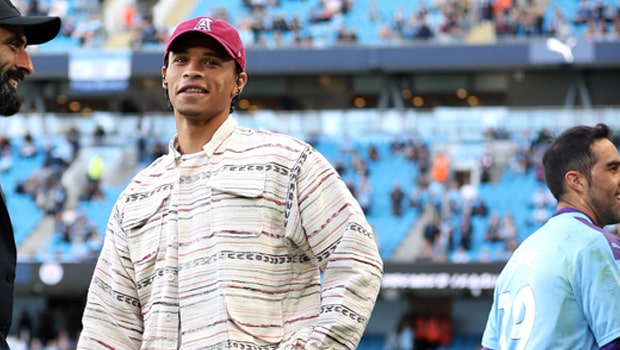 Bayern Munich is making plans on signing Leroy Sane from Premier League side Manchester City in the summer instead of waiting for the coming of the transfer winter market.

The Winter market is just a couple of months away, but rumors are already circulating in the Bavarians Camp. It is rare for Bayern to do business in January, the last transfer made by the Bavarians was Sandro Wagner who joined the Club from Hoffenheim in 2018.

There has been a lot of reports linking Bayern Munich with Leroy Sane. Before Uli Hoeness stepped down from his position from the Club, he had previously insisted that the Club may renew their interest in the player in January after a moved failed to materialize last summer.

However, according to the latest reports emanating from the U.K, Bayern Munich will have to wait till summer for Sane. This is due to the niggling knee injury he suffered against Liverpool in the Community Shield, which served as a curtain-raiser for the commencement of the English Premier League back in August, which has ruled him out for six months.

The reports have been as a confirmation to Sane’s teammate as regards his departure from the Club to join the Bavarians while Manchester City, on the other hand, is preparing a bid for Mikel Oyarzabal as Sane replacement.

Some German media outlets have verified some reports that Bayern had already had an agreement with the player’s representatives, and the player is willing to make a move.

The young German winger has already enjoyed success with City but was rarely used last season by the manager Pep Guardiola.

Bayern may be tempted to arrange this transfer before the end of the current season. This was the same procedure followed when they signed Centre back Lucas Hernandez to avoid competitions from other Clubs.

Sane has been making progress in his rehabilitation, and Bayern will be hoping City gives him more time in his recovery process. The arrival of Sane will boost the side as they still have issues in the attacking department. Manchester City is likely to play hardball till summer, which will drag the transfer until the end of the campaign.