Posted by Olumide Akinnifesi on January 11, 2020 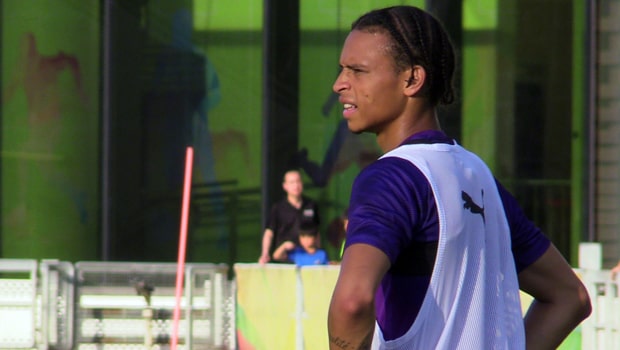 The Bavarian outfit has been keen on the Germany international since the beginning of the summer, despite suffering a knee injury in August.

The news might come as a disappointment but not surprising as it seems that the fans will have to be patient a little bit before seeing their target at the Allianz Arena.

The Clubs sporting director a statement when speaking with the press released team’s winter training camp in Qatar, he said that the proposed plan to sign the Manchester City winger had been canceled this month.

For Bayern to pull off a January signing such as Sane’s quality looks complicated, but there is every indication that the injury suffered by the winger in August must have been a determining factor for the club hierarchy to pull the plug on the move.

Salihamidzic went on further to reveal that the club needs a player who will help the team, and identifying the right candidate in the correct position is their top priority. Regarding  Leroy Sane’s transfer this month, the director said, “it is NOT an issue this winter. “

However, Manchester City manager Pep Guardiola seems to think Leroy Sane’s ACL injury in the FA Community Shield against Liverpool in August was severe, and he thinks he’s [Sane] is not far from a comeback. But Bayern has other thoughts as opposing that.

Worthy of note to say, Sane was flown to Innsbruck Austria, where mos German and Bayern players get their treatment. But reports have it that wasn’t Guardiola’s choice as the Spaniard would have preferred Barcelona. Judging by this fact, it is clear that Bayern has a hand in the treatment of the player in order to snap him up when he is entirely fit.