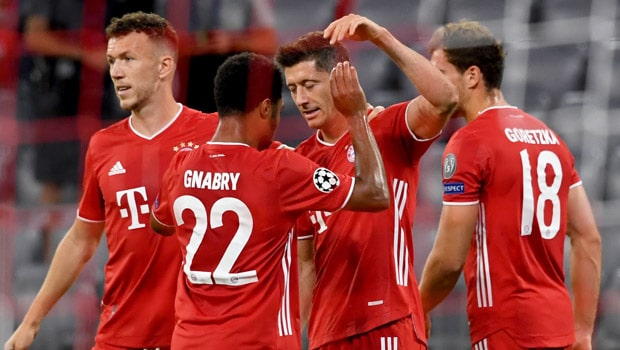 The win gives the Bavarian their first European title since their 2013 triumph against Borussia Dortmund in Wembley.

The German Bundesliga champions went into the final as favorites after thumping Barcelona 8-2 in the quarter-finals and a 3-0 win over Olympique Lyon in the semi-finals.

Paris Saint-Germain, on the other hand, got past Atalanta 2-1 in the quarter-finals and RB Leipzig 3-0 in the semi-finals to make their first-ever UEFA Champions League final appearance.

The match took place at the Estadio Da Luz in Lisbon, Portugal, after coronavirus pandemic forced big changes in the seasonal calendar for football competitions and sports across the world.

The European football governing body, UEFA, adopted a one-legged format for the rest of the competition starting from the quarter-finals, and all matches were played in Portugal.

Having been crowned winners of the 2019-20 French Ligue 1 season and the Coupe De France and Coupe De La Ligue, PSG were hoping to go on and win the Champions League at their first final.

The Thomas Tuchel led side was impressive in the first half of the game, threatening to break the deadlock but failed to make their chances count as Manuel Neuer displayed a fantastic performance in between the sticks.

They were made to pay for the missed chances as Kingsley Coman scored from a Joshua Kimmich’s assist close to the hour mark as the Hansi Flick led side dominated the second half.

They will play Sevilla, who beat Inter Milan in the UEFA Europa League in the 2020 UEFA Super Cup in Budapest, Hungary, on the 24th of September 2020.