Bayern looks to bring back Guardiola as new Manager

Posted by Olumide Akinnifesi on November 14, 2019 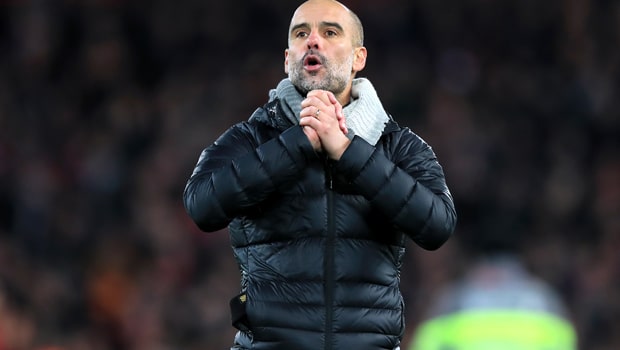 According to reports in Germany, Bayern Munich is making plans to bring back their former Manager Pep Guardiola to replace the departed Niko Kovac. The Bundesliga giants have set their eyes on the Spaniard who is currently the coach of Premier League side Manchester City.

Although Guardiola still has a contract with City which runs till 2021, that has not stopped the Bavarians from persuading him to join them next summer. He [ Guardiola is a familiar face with the Bundesliga side where he coached the likes of Phillip Lahm, Xabi Alonso, Thiago Alcantara etc.

He dominated and won the Bundesliga, League cup but failed to win the prestigious Champions League for the Bavarians before he was dismissed. Bayern has endured a worse form under former manager Niko Kovac who is now being replaced by caretaker manager Hansi Flick.

Several managers have been linked to this Managerial position with the likes of Thomas Tuchel who is now with Paris St. Germain, and Erik ten Hag of Dutch side Ajax. But the board considers Guardiola to be the first choice.

Some reports emanating from Germany has it that Guardiola had secretly visited Bayern’s training ground and the Club’s directors a few months ago and he still owns a house in Munich.

Before Guardiola left four years ago, he made a promise that he will come back someday “maybe as a coach”.

Club president Uli Höeness revealed they are looking for a long term replacement after Kovac was dismissed last week.

Guardiola has won the Premier League title for Manchester City for the last two seasons and also won the domestic double after defeating Watford in the FA Cup final. But the hunt for Champions League continues at the Etihad.