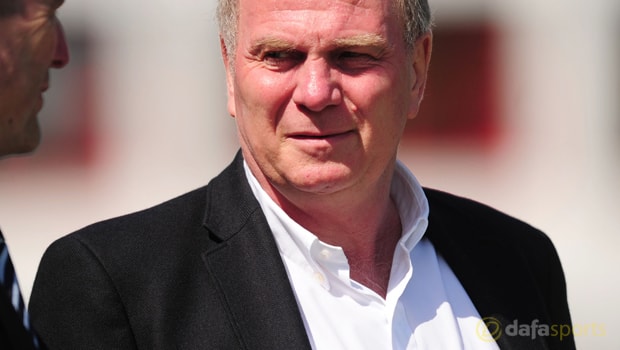 Bayern Munich president Uli Hoeness says the Bundesliga champions are committed to building a new team by recruiting young players that can make a difference.

Hoeness appeared to rule out any potential move for Arsenal’s Alexis Sanchez as he did, insisting the club are more interested in securing players in their early-twenties.

Sanchez has been heavily linked with a move away from Arsenal as the 28-year-old Chile forward enters the final year of his contract but Hoeness suggests that he is outside of Bayern’s desired age bracket.

“Everyone is talking about building a new team and how Bayern Munich’s future must be shaped,” he said.

“And then Bayern does exactly that – signs young players between 20 and 22 and is criticised once again.

Bayern bought Portugal teenager Renato Sanches last summer though the midfielder did not make a big impact, with many of his 17 Bundesliga appearances coming off the bench.

Hoeness has urged patience with the likes of Sanches and says there were enough reasons to be positive last season.

“Real Madrid deservedly won the Champions League last season, but against which opponent was this team under severe pressure? Against us.

After 90 minutes and going into extra time we were leading 2-1 in the Bernabeu,” he added. Bayern are 6.00 to win the Champions League next season.