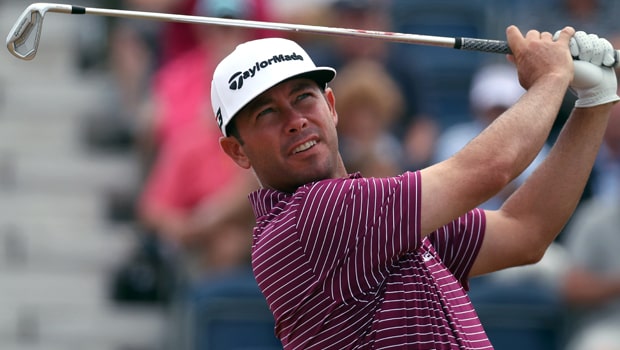 Chez Reavie says he was pleased with how he handled the conditions at Nine Bridges after he opened up a one-shot lead on day one of The CJ Cup in South Korea.

Scoring was made difficult on Thursday due to the blustery conditions but Reavie, who is chasing his first PGA Tour title since landing the RBC Canadian Open in 2008, plotted his way around the course fantastically.

The 36-year-old American made five birdies and just the one bogey in a four-under-par 68, putting him one stroke ahead of England’s Danny Willett and home favourite Si Woo Kim.

Reavie, who could manage a tie for 43rd at the CIMB Classic last time out, found all 14 fairways off the tee and hit 15 out of 18 greens in regulation, highlighting his consistency at Jeju Island.

Speaking about his round, the early leader said: “It was a great day, I hit the ball really well.

The wind was blowing really hard all day long so you had to really start the ball well and keep it out of the wind. Luckily, I was able to do that.”

South Korean Byeong-Hun An is in a seven-way share of fourth on -2, sitting alongside England’s Ian Poulter, Australian Rod Pampling and the American quartet of Michael Kim, Scott Piercy, Nick Watney and Austin Cook.

Defending champion Justin Thomas, who was a rare positive for the USA at the recent Ryder Cup in France, struggled to replicate his nine-under-par opening round from last year, struggling to a one-over 73, putting him in a share of 33rd place.