Real Madrid interested in Lewandoski if move for Haaland fails 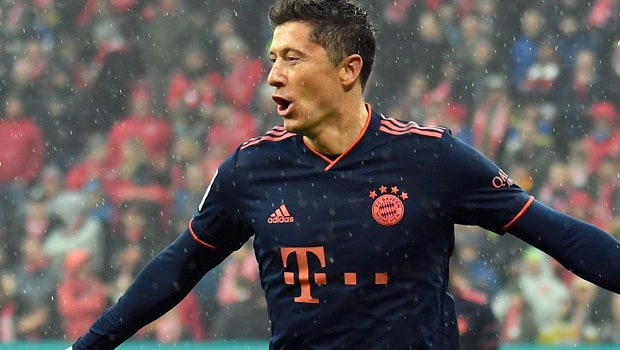 Spanish La Liga side Real Madrid have made Polish forward Robert Lewandoski a prime target for the next summer transfer – that is behind the move for PSG French forward Kylian Mbappe.

The Los Blancos had more exits than intake during the transfer window with Austria defender David Alaba joining from Bayern Munich on a free transfer, their only acquisition during a transfer window that saw Sergio Ramos and Rapheal Varane joining PSG and Manchester United respectively.

The Los Blancos were deadline day close to agreeing a deal for Kylian Mbappe who will be out of contract next summer but PSG rejected Madrid’s two bids.

However, while it is believed Mbappe will sign an agreement in January, Real Madrid also had interest in Dortmund forward Erling Haaland.

With the German club refusing to let go of the Norwegian forward after losing another key player in Jadon Sancho to Manchester United this summer, Real Madrid have made Robert Lewandoski a target if they can’t get Haaland.

Lewandoski stoked interests from Europe’s elite clubs this summer after suggesting that he was interested in exiting the Allianz Arena in search for new challenges.

The Pole’s contract with Bayern expires in 2023 but it is believed that Bayern will want to cash in on the 32-year old.

However, Real Madrid will have to choose between Haaland and Lewandoski but not both players especially with Mbappe also expected to join.

Lewandoski has scored 103 goals in the last two seasons for Bayern Munich winning the Bundesliga and the UEFA Champions league within both season although he failed to lead Poland our of a group stage in the summer Euro Championship.

Lewandoski was close to joining Real Madrid back in 2014 but he later joined Bayern Munich from Borrussia Dortmund.