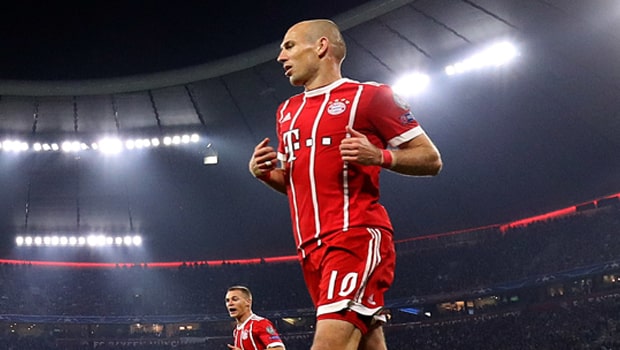 The Dutchman had stated earlier in the season that he planned on leaving the Bundesliga side at seasons’ end, but he is now suggesting he might well call time on his outstanding career completely and retire.

The 35-year-old says he would need to find a perfect move for his family at this stage in his career and he’s open to the idea of hanging up his boots.

Robben was sidelined with injury since November before returning to action against Hanover two weeks ago. He had hoped to get back playing much sooner.

“I am late making my decision because of my injury. I wanted to get back on the pitch first,” said Robben.

“It is not an easy decision to make. If you decide that you are going to keep playing, you have to find a place where everything is just right, not just in terms of football but also for my family.”

Asked whether he might stop playing altogether, Robben said: “It is an option, but I don’t know whether it will happen.”

The Netherlands winger has scored 98 goals in 200 Bundesliga games for Bayern, winning seven league titles and the Champions League.

He’ll be hoping to add another German title this weekend, with Bayern currently two points above Borussia Dortmund at the top of the table with one game remaining against Eintracht Frankfurt on Sunday.

Bayern are 1.25 to beat Eintracht Frankfurt on Sunday at the Allianz Arena. The visitors are 10.00 while the draw is 6.50.