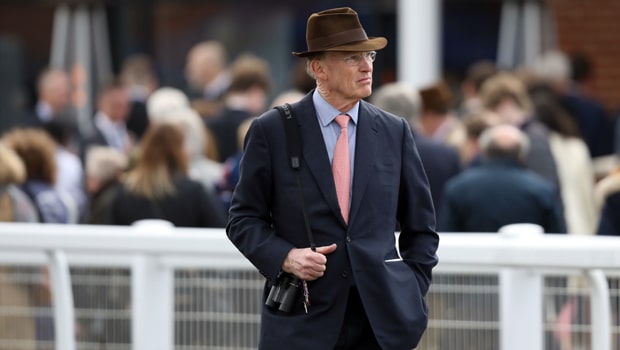 John Gosden concedes he is going to know more about Too Darn Hot after he puts his perfect record on the line in York’s Dante Stakes (15:00) on Thursday afternoon.

The champion two-year-old of last season, Too Darn Hot makes his belated seasonal bow in the Yorkshire Classic Trial, with one eye firmly on next month’s Epsom Derby.

Too Darn Hot missed last month’s Greenham Stakes at Newbury, his intended starting point, and was also forced to sit out the 2,000 Guineas at Newmarket as a result of a minor setback.

He has never previously raced beyond 7f, but he’ll attempt 1m2f on the Knavesmire in his Dante bid. While the trainer would have loved another 10 days’ preparation time, Gosden admits he had to take his chance and run in the Dante.

“A few days before the Greenham, he came up with a splint issue and he had two weeks of walking,” said the trainer.

“So, the Dante became the obvious place to go – and although we are happy with the horse, it has been a very tight schedule to get him to this race.

“He worked very nicely on Friday with Frankie (Dettori), and did two nice canters on Saturday morning.

“I’ve no doubt in my mind he will improve for it. Certainly, another 10 days to prepare him would have been suitable, but we have no more time to play with now.”

There’s plenty stamina in his pedigree but Gosden suggests he doesn’t have clear confidence the colt will get an intermediate trip. Like many, he’s eager to find out more.

“My instinct says a mile to a mile and a quarter [is his trip] from what I’ve seen of the horse, but then his full-sister was second in the Leger,” he added.