Brendan Rodgers: ‘We were the better side’ 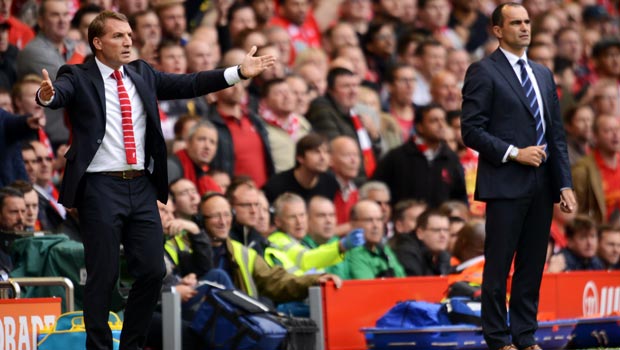 Liverpool manager Brendan Rodgers insists his side deserved more from the Merseyside derby after they drew 1-1 at Anfield on Saturday.

The Reds, 8.00 to win the Capital One Cup, were looking to put a disappointing run behind them and they looked certain to do so as Steven Gerrard scored a spectacular free-kick in the second-half.

Both teams continued to play at a frantic pace throughout the match with several chances falling to both sides.

Mario Balotelli could have wrapped the game up on a number of occasions, while Liverpool could have had a penalty in the first-half as the ball hit Gareth Barry on the arm.

However, Rodgers’ side were left stunned in injury time when a clearance fell to Phil Jagielka who rifled the ball into the top corner to give Simon Mignolet no chance.

Speaking after the game, Rodgers insists his side deserved more.

He said: “We were very clearly the better side.

“Everton had virtually nothing in attack. To concede a goal like that so late on is obviously frustrating. We could have been at least 2-0 up by the time Everton scored.

“Mario Balotelli should have scored after a great run and cross by Raheem Sterling and we definitely should have had a penalty in the first half.

“The ball was shot into the box by Sterling and Barry grabbed it with both hands. That was nearly a save.

“I never felt in any danger in the game. For 91 minutes of the game we were excellent, so I am not going to let the result disappoint me.

“It is the performance I am looking at, which was at a much better level than where we have been.”