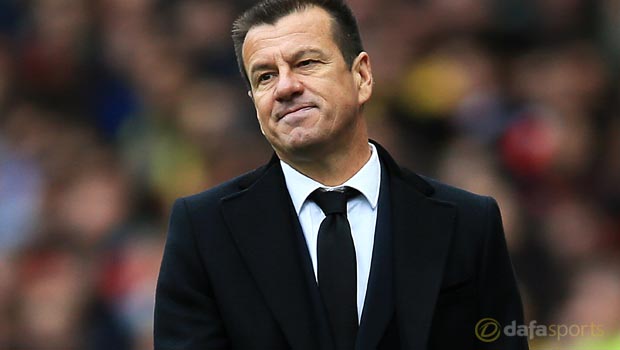 Brazil manager Dunga insists his side will not take anything for granted when they take to the field against Colombia in their second Copa America outing.

The five-time World Cup winners were made to work extremely hard in their opening fixtures of the South American showpiece tournament in Chile.

Dunga’s men fell behind to Peru in the opening minutes before equalising just minutes later and eventually getting the winner in injury time.

The Copa America has already thrown up a couple of early surprises, something Brazil, who are priced at 3.75 to win the Copa America outright, were happy to avoid, however, Colombia failed to get the job done.

Brazil have been in scintillating form since their exit from the World Cup last summer, winning 11 straight matches and conceding just three times.

The Selecao beat Colombia 1-0 when they met after the World Cup last summer, Dunga’s first game in charge after being appointed for a second stint.

The 51-year-old insists he will not change his side’s approach ahead of Thursday’s meeting, and he expects a much improved Colombia to be on show.

“A team can alter some things but one game, one defeat doesn’t change everything.

“The key to the game is the players’ qualities. The technical aspect is fine but the difference comes in the talent of the players involved.”