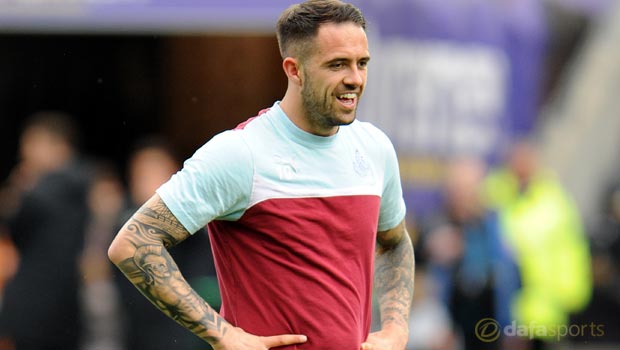 Burnley manager Sean Dyche has backed striker Danny Ings to thrive at Anfield after securing a move to join Liverpool following the conclusion of last term.

Ings caught the eye with the Clarets last season, netting 11 goals in 37 appearances in his debut Premier League campaign.

The 22-year-old was wanted by a number of potential suitors, however, Liverpool, who are priced at 19.00 to win the Premier League, moved quickest to beat off biggest rivals Tottenham.

Ings will officially join the Merseyside outfit when his contract at Turf Moor expires on July 1.

The north west outfit have rejected the initial compensation fee offered by Liverpool and a Premier League Compensation Committee may have to intervene.

Dyche admitted that it is a huge step up for Ings but feels the former Bournemouth man can handle the added pressure.

Ings’ goalscoring exploits could not keep the club in the division, although Dyche believes Liverpool will help to nurture his talents.

Dyche said: “It’s a big jump, not so much as a footballer, as he played in the Premier League last season, but the fact they are a big, historic club, although Burnley are as well.

“But the grandeur of Liverpool, the physical size of it and the fan presence there, whether they will take to him and he can get off and running, whether he can deliver performances (will all be factors).

“I’m confident he can be a success but there is a settling-in period with a new club but hopefully he will be in a good environment and be successful there.”