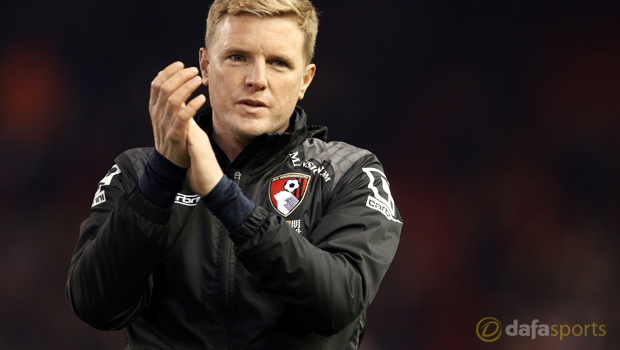 Bournemouth manager Eddie Howe says he will not splash the cash in January on players that are not good enough to help the team get out of their current precarious situation.

The Cherries are on a dreadful run of form at the moment and last season’s Championship winners have dropped to 18th in the Premier League table after suffering five defeats in their last six games.

Bournemouth last tasted success on September 19 in a 2-0 victory over Sunderland, who are one place below them in the standings, and serious question are now being raised about the strength in depth of the squad.

Numerous injuries have affected the club since their promotion to the top flight and some of their most attacking players are currently out on the sidelines.

Callum Wilson, whose goalscoring form was starting talk of a potential England call-up, is out with a knee injury while summer signing Max Gradel is hampered with the same issue.

Both players were ruled out for over six months at the time of their injuries and, to make matters worse, Tyrone Mings is expected to be out for the entire season.

Howe is being urged to reinforce the team in January in order to maintain their standing as a top flight, but Howe is refusing to panic buy in the next transfer window.

“We are not going to over-react to the pressures on us to bring in players. It is not my way or the club’s way because that isn’t how we have had success,” he told the Daily Echo. “It is about developing the players we have and making them as good as they can be. If we can add one or two bits to make them stronger then great but there is no magic wand.

Bournemouth travel to the Liberty Stadium on Saturday and the visitors are outsiders at 4.00, while a draw is 3.50 and the hosts are favourites at 1.95.