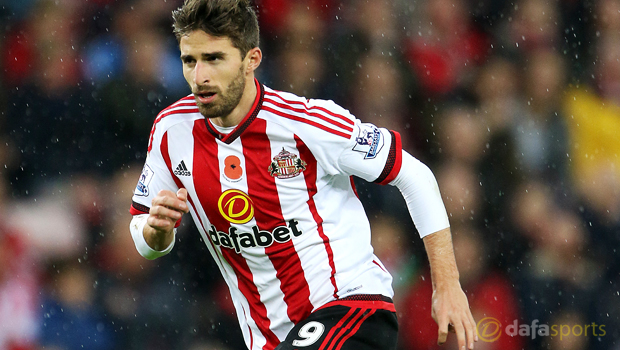 Fabio Borini is hoping a tighter Sunderland defence will allow the team to become more of an attacking threat as they continue their quest for survival.

The Black Cats are currently second bottom of the Premier League with just six points to their name and one victory from 12 matches has left the club in deep trouble.

Sam Allardyce was appointed as successor to Dick Advocaat, who resigned as manager, but the former West Ham boss has been frustrated at what he has seen so far.

Sunderland did manage to defeat fierce rivals Newcastle United 3-0 for their sole win but three defeats, which included a 6-2 thumping at the hands of Everton, has highlighted the enormous challenge facing ‘Big Sam’.

Allardyce is aiming to make a big improvement at the back after witnessing his side ship eight goals in the last four outings and the club have conceded more goals than another team in the league this season, having let in 28.

A minus 13 goal difference, which is the joint-worst with fellow strugglers Bournemouth, shows the defence are enduring a torrid time but Borini, who is hoping to make an impact at the other end of the pitch, says the players are working hard to shore up at the back.

“Maybe we can’t do as much going forwards at the moment because of the defending, but it’s a phase,” he said. “Once we get better defensively, we will get more of the ball back to play and we will create more chances.”

Sunderland return to action on Monday when they travel to Selhurst Park to take on Crystal Palace and the visitors are 6.50 outsiders to clinch all three points, a draw is a 4.00 shot while the hosts are favourites at 1.53.