Bosque accepts his trophy after being hailed as the best coach. 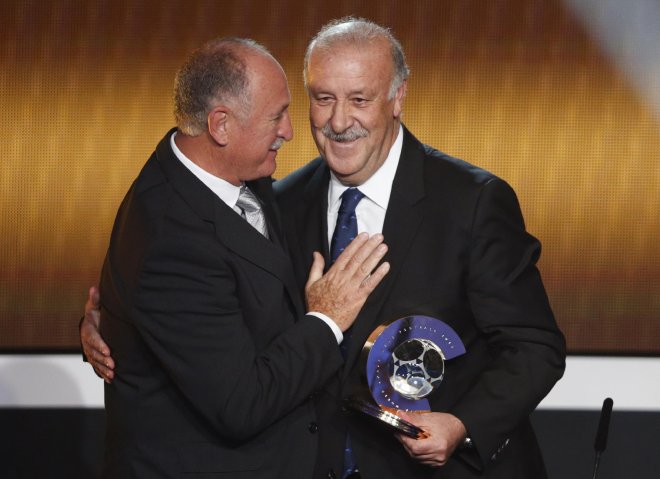 The Real Madrid coach hit at the national team coach after he took the award in January, claiming that the votes were tampered to let the 62-year-old win.

Mourinho, who finished second in the tally, claimed he did not mind not attending the ceremony. But Spanish players Mata and Villa have come out to back Del Bosque.

“I think Vicente is the best manager out there,” Villa said.

“He’s a very relaxed person and I think he is the best there is. He’s fully aware, as we all are, of the success he has had.

“He’s one of the most celebrated managers in the history of football, because of the kind of person he is and the manager he is, so he will rise above all this.”

The Chelsea midfielder had a more subtle approach, quick to claim the two were excellent managers.

“No, I can’t talk about that [Mourinho’s comments], you’re leaving me with the difficult questions,” Mata said.

“But we have to concentrate on the national team and these upcoming, important matches.

“Everyone knows that Vicente is a great manager. He’s won the Euros and the World Cup for the national team. Mourinho is also a great manager, but we’re not thinking about that dispute.”