Posted by OLADIPUPO MOJEED on September 15, 2019 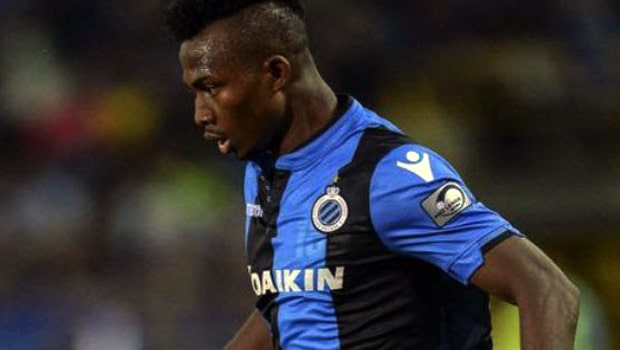 The Senegalese, making his fourth appearance for the Blue and Black this season, got off the mark in the 32nd minute of the encounter.

Bonaventure, who made his debut appearance for Nigeria in a 2-2 draw against Ukraine in an International Friendly in the last international appearance, doubled Club Brugge’s lead in the 61st minute to help his side extend their unbeaten run to 11 games across all competitions.

Dennis, witnessed 87 minutes of football action before being substituted for Senegal’s Mbaye Diagne while his compatriot David Okereke witnessed barely an hour before being taken off. The victory has taken Club Brugge to the second spot on the league table with 14 points from six games.

Bonaventure and Diatta will have another opportunity to replicate their performances in their Champions League game against Turkish side Galatasaray on Wednesday. On the other hand, another Nigerian striker, Paul Onuachu scored his first goal in his first start for his new Belgian club, Genk.

Onuachu who was featured for the Super Eagles in the 2019 African Cup of Nations in Egypt, where he helped Gernot Rohr’s men finished third joined the Belgian side from Danish club, Midtjylland this summer in a deal reportedly worth €6 million.

Onuachu opened his goal-scoring account for the club but could not help the Smurfs slip to a 2-1 defeat to Sporting Charleroi in the Belgian First Division A clash. It could be recalled that the 25-year-old lanky striker made a low-key debut for the club in a 1-1 draw at Club Brugge, coming off the bench for Mbwana Samatta in the 85th minute.

His goal stood as a consolation after the club had already gone 2-0 down. Japanese midfielder, Ryota Morioka open the scoring chart for Charleroi from the penalty spot after 26 minutes before Shamar Nicholson doubled the lead three minutes later.

Onuachu reduced the deficit after 61 minutes from Jere Uronen’s assist, but that counted for nothing as Mazzu’s team ended up on the losing side.