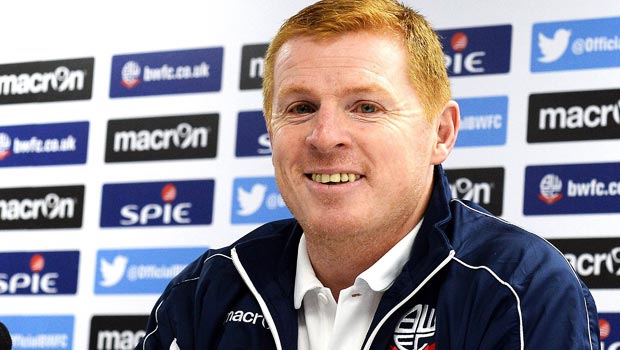 The 43-year-old, who has been without a job since leaving Scottish champions Celtic in May, takes over from Dougie Freedman after he stepped down from his post last week.

Bolton have struggled so far this season, spending the early part of the campaign in the bottom half of the Championship table, having only won one once in the league in their first 11 matches.

Lennon told the BBC “I’ve got a big job on my hands, but that’s the challenge.”

“My objective is to put right the results that have gone against us recently and get them playing a style of football that will please the Bolton fans.”

Lennon has an impressive record from his time at Celtic, having led them to three league titles, two Scottish Cups as well as taking them to the Champions League last-16 in 2012. His Celtic side also recorded a famous 2-1 win over European giants Barcelona in November 2012.

Lennon has brought in familiar faces to help him with the task ahead, with former Celtic assistant Johan Mjallby also joining the Trotters as assistant manager, and Garry Parker, another who served at Celtic Park, arriving as first-team coach.

A club statement on the Northern Irishman’s appointment read: “The club are delighted and excited to appoint Neil Lennon. He brings with him experience at the highest level and an infectious enthusiasm to take the club forward.”

His 1st game in charge will be away to Birmingham City on Sunday 19th October, where his side are 3.09 to win.