Andy Murray through in Melbourne 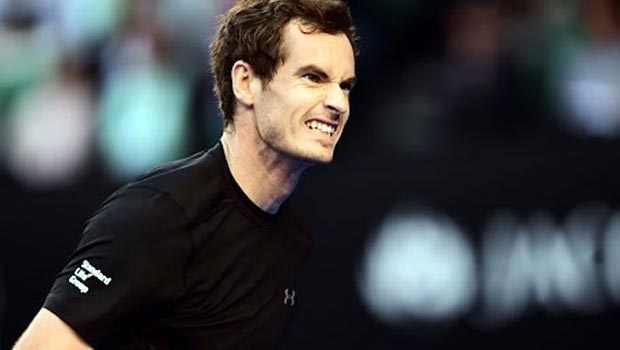 Andy Murray silenced the home crowd as he cruised past home favourite Nick Kyrgios on his way to a fifth Australian Open semi-final appearance in six years.

Kyrgios had plenty of support but struggled to settle in the first set as Murray who flew out of the blocks at Melbourne Park.

The British No 1 forced his young opponent into making plenty of mistakes during the first set, much to the disappointment of the
15,000 spectators in attendance at the Rod Laver Arena.

After taking the first set inside just 32 minutes, Murray continued to turn up the heat on his opponent, who looked to be feeling the pressure.

The teenager was able to force a tie-break in the second set but was undone by a couple of superb shots from his opponent as he went 2-0.

The duo exchanged breaks of serve in the third, Murray breaking straight back before serving out for the match and a place in the last four.

He said: “It was a tricky match, pretty windy conditions so it was tough for both of us and I tried to start as quickly as possible because I know how dangerous Nick is.

“I’ve seen his matches unfold in the last 18 months, so I wasn’t going to underestimate him at all.

“Nick is a huge hitter of the ball so I tried to keep it out of his strike zone. If you use the slice and keep the ball low, it’s difficult to control. I played a slightly different style tonight and thankfully it worked.”

Murray, 3.80 to win the Australian Open, will now face Tomas Berydch in the semi-finals.