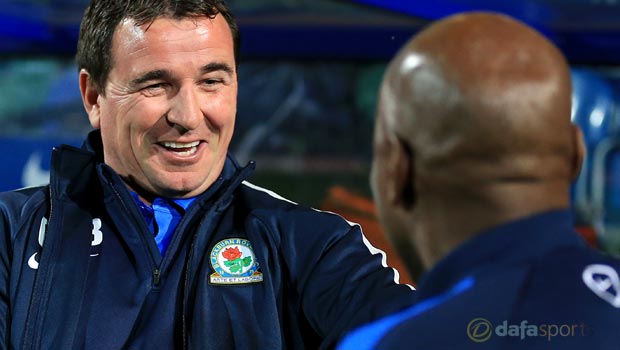 Blackburn Rovers boss Gary Bowyer was left to curse his team’s inability to kill a game off after a second setback in London in the space of four days.

Rovers were in front twice against QPR at Loftus Road on Wednesday night, but they were unable to make the lead stick and had to settle for a 2-2 draw.

Four days earlier, Bowyer had watched his side dominate at Fulham for long spells only to lose the game 2-1.

Bowyer felt his side ought to have made more from their first half dominance against QPR.

“We were outstanding in the first half,” said Bowyer.

“The game should have been dead and buried in the first half with the amount of chances that we had.

“The football that we played was terrific, but the performances don’t match up with the results that we have got. The game is about winning games.”

Shane Duffy put Rovers ahead early on but they could not add to that goal despite dominating for much of the first half.

Jordan Rhodes scored a second after Adam Henley had put through his own net to level the game just after the break.

A late goal from Nedum Onuoha header ensured the points were shared, leaving Bowyer with much to ponder as his team remain winless in seven Championship games and second from bottom of the table.

“That is two games down here (London) where we have totally dominated the game and been the better team.

“We’ve got to keep the belief, keep the confidence and keep working hard and put the demands on the players to take it over that line,” added Bowyer.

Blackburn face Charlton Athletic at Ewood Park on Saturday, a game they are 2.00 to win. Rovers are 8.50 to win the game 2-0.