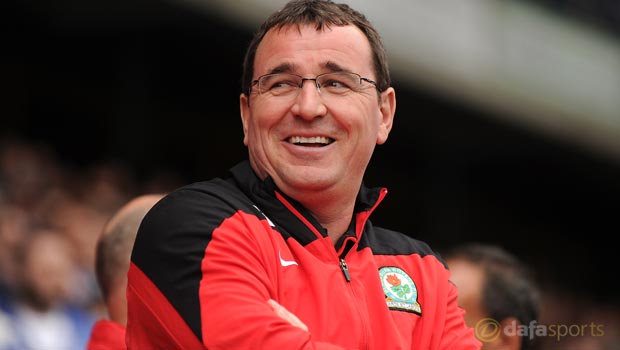 Blackburn Rovers boss Gary Bowyer is hopeful the club can wrap up a few deals in time for the pre-season trip to Portugal on Monday week.

The 1994/95 Premier League champions finished ninth in the Championship in the last campaign, 11 points adrift of sixth-placed Ipswich Town.

There is a real optimism around Ewood Park heading into the new season but the club currently have their hands tied in certain areas of the transfer market.

Blackburn are still operating under a transfer embargo and it means only free transfers or loan deals are allowed, restricting the players they are able to look at.

The good news for Rovers is that Scotland international Jordan Rhodes and striker Rudy Gestede remain on the books amid massive interest from the Premier League.

Rovers will soon travel to Portugal to undergo an intensive warm weather camp and Bowyer has revealed the club are close to welcoming some new players.

“We’re working very hard. Tommy Johnson, our chief scout, is beginning to hate me because I’m constantly on at him,” he said. “So, as I say, everybody is working hard and, the restrictions we’re under, we know what they are and where we have to cut our cloth accordingly.

“It’s important that we bring some players in to increase the numbers into what remains a very competitive squad. If we could get some in by Monday, then that would be great, as we could have a full week to work with them here, but if not, Portugal, as that is the perfect place to help them settle in quickly.”

Blackburn are priced at 26.00 to win the Championship outright while gaining promotion to the Premier League is available at 8.50 alongside Sheffield Wednesday, Ipswich and Fulham.