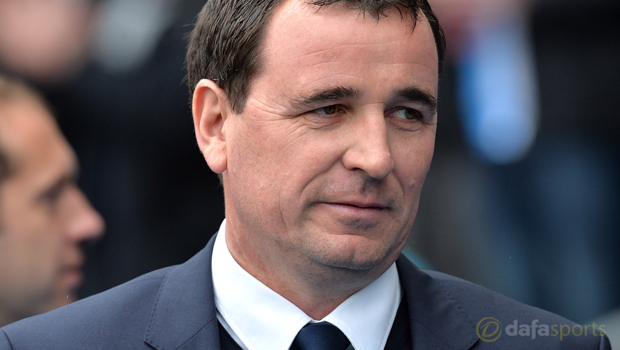 Blackburn boss Gary Bowyer has played down the impact of Leeds’ managerial change ahead of Thursday’s Championship clash.

Rovers head to Elland Road in desperate need of a result as they sit in 18th place in the standings, with 12 points from 13 games played to date.

However, Leeds, who are 2.50 to win the match, are just one place and one point better off following a poor start to the season for the Yorkshire club that saw Uwe Rosler removed as head coach, with Steve Evans now at the helm.

And the former Rotherham United chief has begun life at his new club with two draws from his first couple of games in charge.

The Whites have drawn 1-1 away from home against Fulham and Bolton and will now be looking to take down the Lancashire club back on their own turf.

There is always talk of players giving more to impress a new coach when there is a change at the top and it could be argued that Evans has made his new side harder to beat in his short time in the dug-out.

But Bowyer does not feel that the sight of a fresh face bellowing out instructions from the side of the pitch will make Rovers’ task any harder than it already is.

“What goes on at Leeds, we can’t control any of that. What we can control is how we go and play and how we go and fight for the club,” he told the club’s official website.

“I don’t think the match will be any tougher than normal. No matter what Leeds team is put out, and whoever is in charge, it is always going to be a difficult challenge.”