Black Cats ‘most defensive side ever’ insists Jurgen Klopp 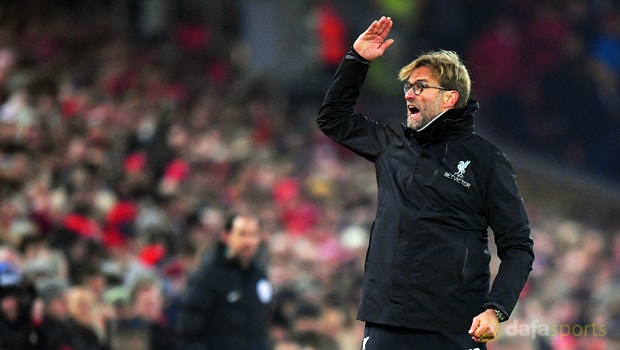 The home side enjoyed 78-per-cent of the possession but could not break Sunderland down until the 75th minute when sub Divock Origi squeezed an opportunistic effort past Jordan Pickford from the edge of the penalty box.

James Milner doubled Liverpool’s advantage from the penalty spot in stoppage time after Sadio Mane was tripped by Didier Ndong.

David Moyes had talked in the run-up to the game of Sunderland “parking a double decker bus” to keep Liverpool out and afterwards Klopp felt they did just that.

“This was the most defensive team I ever saw in my life,” said Klopp afterwards. Liverpool had 27 attempts on goal during the 90 minutes but their manager insisted he had no issues with Sunderland’s approach to the game.

Klopp felt his side had answered a key question by engineering the breakthrough against such stubborn opposition.

“It was an intense game for us and a deserved win at the end. Sunderland always play a defensive style and that is OK,” he added.

“We forced them to be that. It is the most difficult thing in world football to come through but we stayed concentrated, worked for the moment and found a way.”

Moyes meanwhile felt his team had come close to grabbing a point from the game and said it was never likely that Sunderland would turn up at Anfield and trade blows with the Premier League’s leading scorers.

“We were never going to come here and have lots of chances so it was always going to be tough. But we weren’t going to be rolled over and we weren’t,” said the Scot.

Liverpool are 3.50 to win the Premier League while Sunderland are 1.18 to be relegated.