Big Sam feels Sunderland gambles are starting to pay off 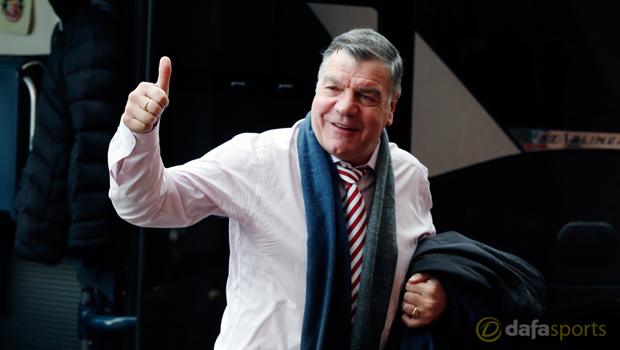 Sam Allardyce has denied that Sunderland need to be more gung-ho in games if they want to stay in the Premier League this season.

The Black Cats boss was asked in his press conference ahead of the clash with Manchester United if his team needed to take some more gambles in order to get crucial wins on the board.

Sunderland have earned draws with Bournemouth and Liverpool recently but it looks as though they must start winning games to have any hope of survival.

They are currently four points adrift of north-east neighbours Newcastle in 17th place but, according to Allardyce, Sunderland’s recruitment policy shows they are already taking risks.

“We’ve already gambled. We gambled in the market – big gambles to bring four players in from abroad,” he said.

“Only one of those four players (Dame N’Doye) has played in the Premier League before.

“That gamble has already paid off with the performances they have given.”

Allardyce is confident his new signings will be able to deliver more consistent performances between now and May.

“We’ve taken that calculated risk and I think delivered better, and will continue to deliver, more consistent performances,” he said.

Sunderland battled back from two goals down at Anfield last week to grab a point off Liverpool.

They have however managed to gather just 20 points from 25 games thus far. According to Allardyce, 38 points is the bare minimum they must get in order to survive, meaning they need to up their ratio considerably over the home stretch.

“The very least we have to achieve is 38 points from 38 games though,”
he added.

“That’s the very least. Those points have to come from somewhere.”

Sunderland are 5.00 to defeat Manchester United at the Stadium of Light with the visitors the 1.75 favourites while the draw is 3.60.