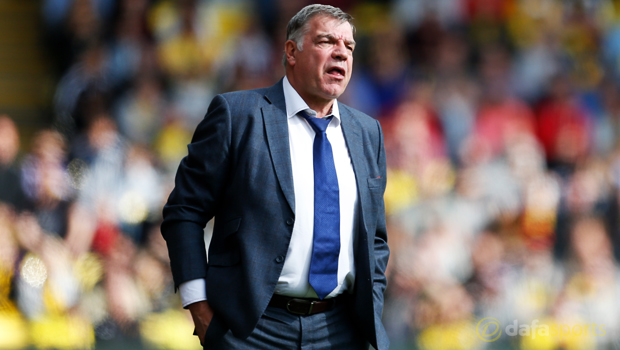 Sam Allardyce says he is concentrating on bringing “top players” to Sunderland as he plots improvements to his squad ahead of the new season.

The Black Cats have struggled in recent years, regularly finding themselves narrowly avoiding the drop in the Premier League, a situation that has led to a string of managers sitting in the home dugout at the Stadium of Light.

Allardyce is a man who likes to put down roots, though, and has set about attempting to mould his mismatched squad in his own image.

Although the transfer window opened last Friday, the 61-year-old, who is being linked with the vacant England manager’s job, is yet to make his first signing.

For the moment the experienced coach is biding his time and rather than looking at free transfers and loans, says he is searching for players he feels can bring the extra class the club has been missing in recent seasons.

The former West Ham coach admits he is happy to wait for the right men to become available, and only once he is satisfied will he start pursuing other options.

“I have not signed any of the free transfers or loan players just yet, because that can be done later on,” said Allardyce.

“I’m basically focusing on the top players that I need for the team this year and waiting patiently for those.

“Let’s do that first, rather than taking a player here or there, who might be a good one, but we want to get those who can go straight into the team and make an impact.

“Then we’ll look around after that and see what we need to bolster the squad and challenge the players that are already here.”