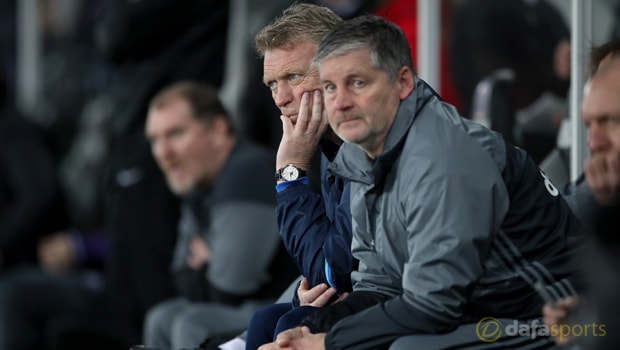 David Moyes felt the penalty award that gave Swansea the initiative in their 3-0 win over Sunderland was a ‘big call’ that went against his side.

Jason Denayer was adjudged to have handled a cross inside the area, allowing Gylfi Sigurdsson the chance to score the spot early in the second half.

While Moyes conceded Denayer should not have allowed his hands to get in the way of Wayne Routledge’s delivery, the Black Cats boss felt somewhat aggrieved that Craig Pawson pointed to the spot giving the home side the chance to get the all-important opening goal.

“If you get the first goal, it always gives you confidence. The game turned on a tight decision. The cross was only two or three yards away from [Denayer] when it came in.

That said, I don’t think he should have had his hands up there. It was a big call,” said Moyes. The game had been an even one up until that point, played amid constant rain at the Liberty Stadium.

Moyes felt his side had struggled to create decent scoring chances in South Wales – although he said conditions were partly to blame for that.

“It was frustrating. We didn’t play particularly well and we didn’t take a couple of opportunities,” he added. “We should have created more chances.

We had one or two moments, but it was a tough game and circumstances as well.” Sunderland face Chelsea at the Stadium of Light on Tuesday.