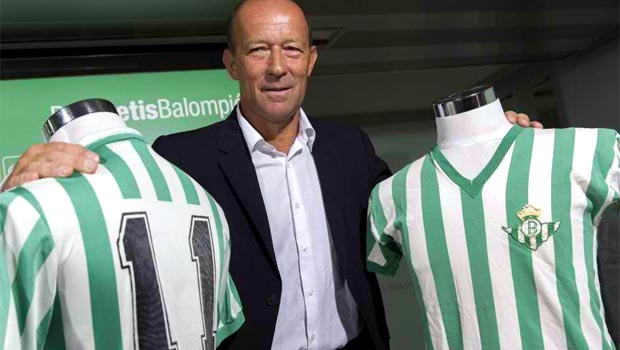 Vital points are at stake at the foot of La Liga on Friday night as 16th-placed Celta Vigo play host to bottom-of-the-table Real Betis.

Second-half goals from Brazilian Charles and Nolita earned Celta a 2-1 win when the sides last met in the league in Seville on August 25.

Eight points from safety, without a league victory in four months and on to their third coach of the season, Betis go into the game on the back of a 5-0 thrashing at home to title hopefuls Real Madrid in Round 20, which proved to be Juan Carlos Garrido’s last game in charge.

Betis have turned to former Saudi Arabia head coach Gabriel Calderon in a bid to try and survive in Spain’s top flight, and it will be interesting to see if the 53-year-old’s appointment has a galvanising effect in tonight’s must-win clash.

They will certainly not lack for passion under him. Calderon played for Betis between 1983 and 1987 and represented Argentina at the 1982 and 1990 World Cups.

“This has always been my dream,” he said. “I did not have a particular date in mind but when a delicate situation like this occurs I came running.

“Betis needs all its supporters. When a loved one is sick we all join forces to help.”

Celta Vigo are 2.07 favourites to take the three points, with the Verdiblancos at 3.69 and the draw at 3.38, but Betis will be desperate to see Calderon turn the club’s fortunes around and ultimately escape the drop, for which they are seemingly destined given the price of 1.20 for them to be relegated.