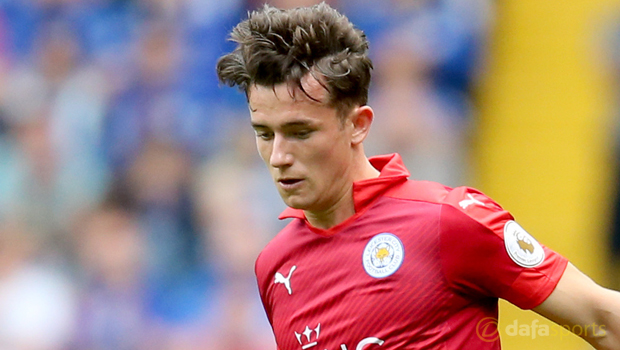 Leicester defender Ben Chilwell insists he is buzzing after signing a new long-term contract with the Premier League champions on Thursday.

Chilwell is a product of Leicester’s youth academy but is yet to get his chance to shine for the club in the Premier League.

The 19-year-old has proved his quality after featuring in the FA Cup and the EFL trophy and hopes to be handed his Premier League opportunity in 2016-17.

Boss Claudio Ranieri values the defender and allowed him to leave on-loan last term in order to gain some first team experience.

The full-back was forced out of contention by Christian Fuchs and dropped down to the Championship for an eight-game spell with Huddersfield.

The England under-21 international has been attracting interest from elsewhere as he looks a prospect for the future with Liverpool the biggest name to monitor his progress.

Leicester, who are priced at 25.00 to win the league, have handed him a new contract which runs to June 2021 and will hope that will fend off any potential suitors.

Ranieri admitted that the deal is a huge boost to the club and expects he will have a big role to play in the future.

“It’s fantastic news for us. Ben is a player with a big future and I am very happy that future will be with Leicester City,”

Ranieri said. “Ever since I arrived in Leicester, Ben has been a young player that has shown a lot of promise.

He has all the attributes you would want in a defender and shows a lot of maturity for a player of just 19.

“He has come back for pre-season in very good condition and is already showing that he is ready to push for a place in the team.”

Chilwell insists it is nice to have security in his contract with the club and can’t wait to get going with the new campaign.

I’ve been here a long time, since I was 12 years-old, so to be committed to the Club for another five years is definitely a massive thing and I’m looking forward to it.

“I’m happy with my decision and I can’t wait to get started in the season. Hopefully I’ll play a lot more games this season and make myself a team member.”