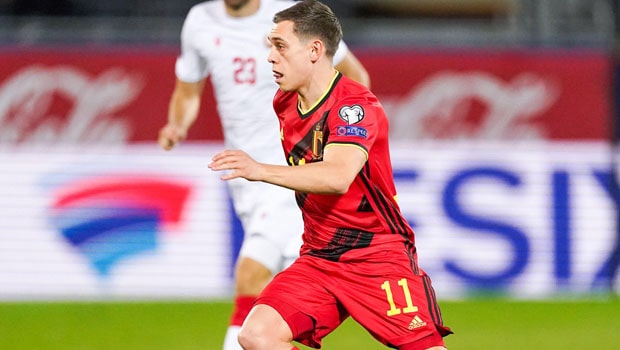 Belgium bounced back from a disappointing 1-1 draw with Czech Republic as they recorded a massive 8-0 win over Belarus on Tuesday.

Leandro Trossard, Christian Benteke and Hans Vanaken scored a brace each in the big win.

Michy Batshuayi opened the scoring in the 14the minute, and Vanaken doubled the lead three minutes later before Trossard and teen-ager Jeremy Doku joined the scoring.

Benteke, Trossard, and Vanaken completed the rout as Belgium took seven points from the available nine in the March international break.

Elsewhere, Gibraltar were thrashed 7-0 by the Netherlands,  as Memphis Depay, and Luuk De Jong got on the scoresheet.

The win gives the Dutch their second win of the qualifiers after their 4-2 loss to Turkey and a 2-0 win against Latvia.

Meanwhile, Portugal came from behind to beat Luxembourg 3-1 to return to winning ways after a 2-2 draw with Serbia.

Luxembourg got ahead thanks to Gerson Rodriguez, who scored his second goal in his second game after his match-winner against Ireland.

However, Diogo Jota equalized on the stroke of half time. Christiano Ronaldo doubled the advantage six minutes into the second half, and Joao Palhinha completed the victory.