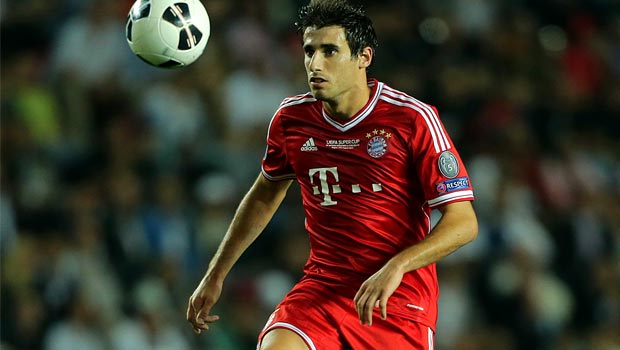 Former Barcelona boss Pep Guardiola has moved quickly to quash reports of a return to Spain for Javi Martinez and insists the midfielder is key to his plans at Bayern Munich.

The former Athletic Bilbao powerhouse was an integral part of Bayern’s success last season, helping the Bavarians to an unprecedented treble of Bundesliga, DFB Pokal and Champions League titles.

Those wins came under Jupp Heynckes before Bayern appointed Guardiola in the summer, with Marco Reus and Thiago Alcantara following the Spanish tactician to the Allianz Arena.

As a consequence, Martinez is perhaps not the guaranteed starter that he may have been last season, making just 10 appearances so far this term.

The latest reports suggest that Real Madrid are looking to make a move for the 25-year-old in the summer as they look to bolster their midfield options, but that has now been categorically denied by Guardiola.

Martinez himself has not made too many comments on the transfer talk, but has highlighted a big danger to Spain’s chances of successfully defending their World Cup crown this summer, with the holders currently priced at 8.00.

Perhaps playing up to the media, Martinez told Sport Bild: “We all want to win the World Cup again, but I know that the Germans will do everything they can to snatch the trophy away from us.

“It would be great to come up against my team-mates from Bayern Munich.”

Germany are on offer at 6.10 to win the World Cup, with the market headed by hosts Brazil at 3.90 followed by Argentina at 5.50.