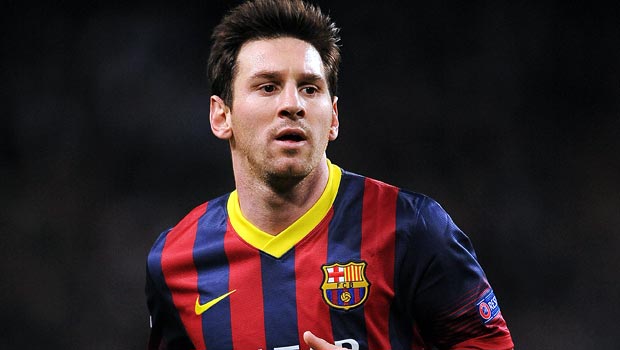 There has been much talk already concerning Lionel Messi on his return from injury but the player himself insists that he is happy with his current form as the race for honours hots up.

Barcelona have struggled of late – to a degree – surrendering top spot in La Liga following the defeat to Valencia at the Nou Camp last Saturday, while eking out a 2-0 win over 10-man Real Sociedad in the Copa del Rey semi-final first leg on Wednesday.

Messi has only scored one goal since September and has hardly set the world alight with his performances since making his comeback from a hamstring injury, and it has not gone un-noticed in the football world.

Messi seems content with his recovery and insists there is more to come as he looks to ‘peak’ at the right time for both club and country.

“I’m very well, full of energy and with a lot of hope,” he told the BBC.

“I was able to play again after a long time. I’m happy with my current form. I still have a lot to learn and a huge deal to improve.

“Slowly but surely I will be getting there to hopefully peak at the right time of the year. I hope to keep performing at a high level all the way to the World Cup.”

Barcelona will look to keep the pressure on Atletico Madrid and Real Madrid when they travel to Sevilla on Sunday, with Messi certain to keep his place in Gerardo Martino’s side.

Neymar is still unavailable for the Catalans despite returning to training, while Javier Mascherano and Jordi Alba are both suspended.

Carles Puyol could make his return to the side while Andres Iniesta is pushing for a start after his substitute appearance in midweek.