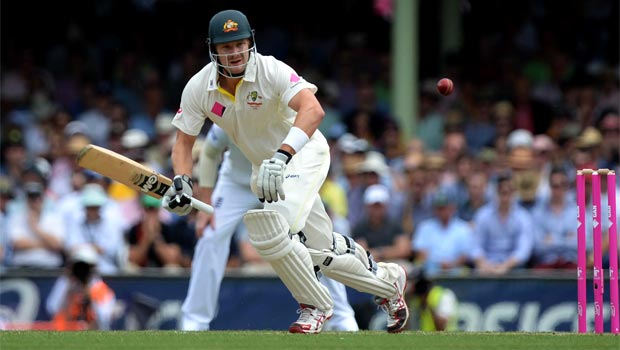 Australia will go into the opening Test against the world’s top-ranked team, South Africa, without key all-rounder Shane Watson, who has been ruled out with a calf injury.

The Baggy Greens should be full of confidence for the clash after thumping England 5-0 in the recent Ashes series in which they named the same starting XI for all five Tests.

However, coach Darren Lehmann’s hand has now been forced and there will be at least one change for the first Test, which starts next Wednesday at Centurion.

Watson, whose career has been blighted by injury, took part in an intra-squad practice match before Cricket Australia confirmed the news.

“He batted yesterday and was fine, and we’ve been building up his intensity. Today we were trying to get him up to match level, and he struggled with that,” team physio Alex Kountouris said on Saturday.

“He could feel it so we just don’t think he he’s going to be right for the first Test. We need a few more days now to let him recover and start up again.

“It’s not a tear, but he has got an injury there. We’ve had a scan and it showed he’s got a low-grade muscle injury that we’ve been managing.

“We were hopeful he’d recover, but it needed to be a little bit more advanced than what it is at the moment. He was very disappointed obviously, as we all are. It’s disappointing, but it’s part of the game.”

Shaun Marsh has been called up to the squad as cover although Tasmanian Alex Doolan is poised to win his first cap as he is expected to get the nod against the Proteas.