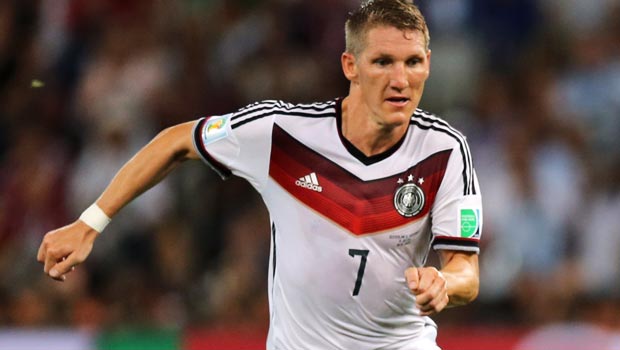 Bayern Munich’s midfielder Bastian Schweinsteiger is on course to return from injury before the end of the year, according to Bayern’s Sporting Director.

The Germany captain has been out injured since picking up a knee problem on his club’s pre-season tour of the USA, and has yet to make a competitive appearance this season.

However, Bayern Munich’s Sporting Director Matthias Sammer has said that 30-year-old Schweinsteiger continues to make good progress in his rehabilitation, and should feature before the end of 2014.

“There’s no reason to say he cannot play more this year,” he told Kicker. “Of course it’s possible Basti can come back in 2014, that’s not at all unrealistic.

“The relief is in sight. He’s made good progress.”

Spanish international midfielder Thiago Alcantara has also missed the start of the Bundesliga season after damaging his medial ligament in March, although he has recently returned to training with the German champions.

Sammer hopes to see him back in action soon but warned they would not rush his return.

When asked about the 23-year-old’s progress, Sammer replied “Slowly, slowly. Now we have to integrate him, but we’re looking at it carefully.”

Bayern have enjoyed a strong start to the season, having won five of their opening seven matches, drawing the other two, and come up against bottom side Werder Bremen on Saturday.

Bayern have been installed as strong favourites at 1.11 to win their home clash, while a draw is on offer at 8.50 and Werder Bremen are available at 19.44 to get a result.