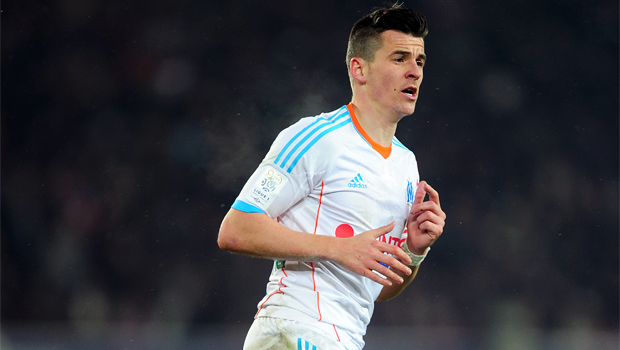 QPR midfielder Joey Barton is keen on a move to Everton and would be prepared to take a pay cut in order to join to his home-town club – according to former Marseille loan star’s agent.

The 30-year-old spent last season on loan at Marseille but is back at Loftus Road and his future ahead of the new season remains unclear, with reports his high wages of around £70,000 a week have scuppered the chance of a permanent move to the French giants.

He has now been linked with a move to Everton and has himself fuelled talk of the move by Tweeting: “Once a blue.”

That is thought to be a reference to the possibility of a switch to Goodison Park to join the club he supported while growing up on Merseyside.
Barton, who has been dogged by controversy on and off the pitch throughout his career, is apparently keen to make the move happen and his agent, Willie Mackay, says the former Manchester City and Newcastle man would even be prepared to take a pay cut to ensure it goes through.

McKay told Talksport: “Obviously his package with QPR is pretty big for Marseille’s terms really. Joey said there was only one club he would make a sacrifice for and it would be Everton and I made that call to Martinez.

“That is the club he loves. I have approached them and said Joey would love to have Everton on his CV. Joey said there was only one club he would make a sacrifice for, and it would be Everton.

“Fair play to him he said he would lose money to go to Everton – and not many professionals would do that.”

Mackay has also revealed Everton manager Roberto Martinez is a fan of Barton and a deal could well be in the pipeline.

He added: “Roberto Martinez said he likes him as a player and he also spoke to (Martinez’s assistant) Graeme Jones, who loves him as a player. Anything can happen in football. It could happen.”

Everton have yet to react publicly to Barton’s desire to join them as the club prepare for the new Premier League season with a glamour friendly in San Francisco against Juventus this week.