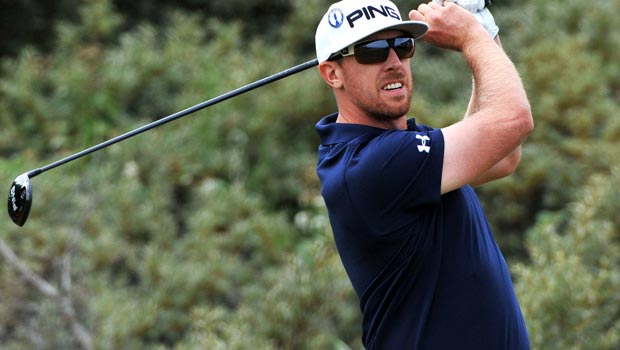 Rory McIlroy hopes his victory at the Deutsche Bank Championship in 2012 will stand him in good stead as he aims to overhaul FedEx Cup leader Hunter Mahan in the second event of the PGA Tour play-offs.

The Northern Irishman won the Boston event by a stroke two years ago as he ended 2012 on top of both the European Tour and PGA Tour’s money lists.

The 25-year-old heads into this year’s edition of the Deutsche Bank Championship in arguably better form than two years ago having won three of the last four tournaments he has competed in.

Last week’s Barclays event was only the third time this year McIlroy has failed to record a top-20 finish as he ended up in a share of 22nd.

That result, coupled with Mahan’s victory, leaves the American out in front in the FedEx Cup play-offs, with McIlroy in second spot.

However, McIlroy is very confident he can go top of the FedEx Cup standings with a win this week, claiming he has never driven the ball better than he is right now.

“My frame of mind and where I am mentally is very similar,” said McIlroy.

“I am very relaxed, I’m going out on to the golf course and I’m not really putting a whole lot of pressure on myself.

“I’m just going out and playing and I know that if I play well, I’ll have somewhat of a chance to maybe win the tournament.

“I am excited for the opportunity to get back to that number one place and move on to Denver with a little bit of a lead.”

McIlroy added that he was looking forward to a busy month in September, with the Ryder Cup just around the corner.

The four-time major winner expects the next month to be tiring but intends to be fresh for the Ryder Cup, claiming he has told European skipper Paul McGinley to include him in every match.