Alexis Sanchez is a Gunner 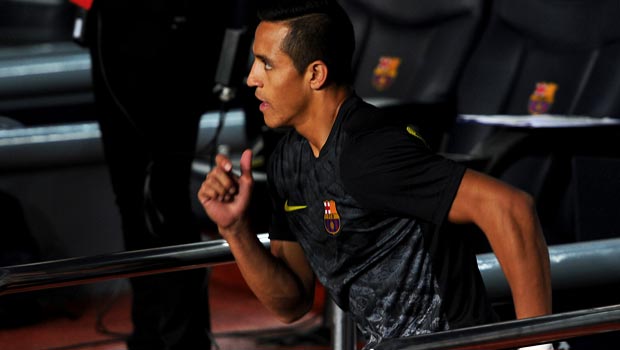 Arsenal fans have been critical of Wenger in the past for not acting quickly enough before pre-season in bringing star names to the Emirates, but the Gunners faithful can have no complaints now.

The Chile international, who played at the World Cup and scored twice in four appearances, has signed a four-year-deal worth around £130,000-a-week after undertaking a medical earlier this week, and becomes the London club’s second most expensive signing behind Mezut Ozil who cost £42.5million last summer.

Wenger was in Brazil to see Sanchez first hand and said of his new purchase: “As many people have seen during the World Cup this summer, Alexis is a fantastic footballer and we are delighted that he is joining us at Arsenal.

“Alexis will add power, creativity and much quality to our squad and we are all looking forward to him joining up with us in a few weeks.

“He has consistently produced top-quality performances at the highest level for a number of seasons now and we are all excited to see him integrate into the Arsenal squad.”

Sanchez boasted a solid strike-rate for Barcelona, netting 39 times in 88 appearances, and made no secret of the fact he would rather play for Arsenal than either Liverpool or Juventus.

“I’m so happy to be joining Arsenal, a club which has a great manager, a fantastic squad of players, huge support around the world and a great stadium in London,” said Sanchez.

“I’m looking forward to playing for Arsenal in the Premier League and Champions League. I will give my best to Arsenal and want to make all the supporters happy.”

Gunners fans should get their first glimpse of Sanchez in action when the Emirates Cup gets underway on August 2, by which time Wenger may well have splashed more cash on French right-back Mathieu Debuchy, who will cost in the region of £11million.