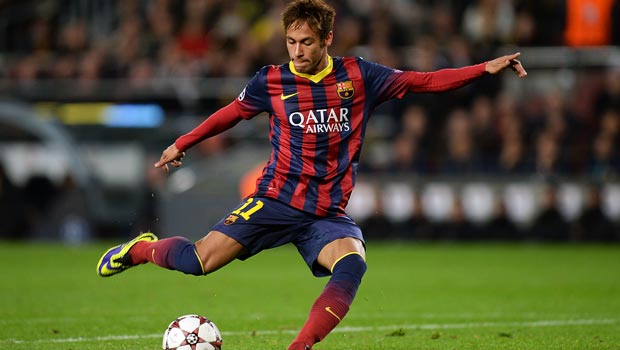 Barcelona midfielder Xavi believes Neymar can make the difference when the Catalans head to Madrid in the Champions League quarter-final second leg against Atletico.

The Brazilian forward scored Barca’s equaliser in last week’s 1-1 first-leg draw at the Nou Camp and Xavi believes the former Santos star will again be vital to their chances in Wednesday’s return clash at the Vicente Calderon.

“Neymar feels important and makes a difference for us,” Xavi told AS. “He scored the equaliser in the first leg against Atletico and he will be important again in the return on Wednesday.”

The midfielder singled out fellow Spanish international Diego Costa, who is doubtful for the match, as the potential Atletico danger man ahead of the second leg.

The Brazil-born striker, who has scored 33 goals in 44 appearances in all competitions for the Rojiblancos this season, could miss Wednesday’s game with a hamstring problem that he sustained last week and Xavi feels his absence would be a big blow for Atletico.

“Diego Costa’s vital for them,” he said. “He provokes fouls, makes centre-backs work hard, is quick and runs all game.

“He is key for them and his absence would be important.”

With the tie so finely poised, Atletico know that a clean sheet will be good enough for them to progress on the away-goals rule.

The Rojiblancos have kept 17 clean sheets in La Liga this season, including their 0-0 draw at home to Barcelona in January, and are 3.80 about Yes in the Clean Sheet market.