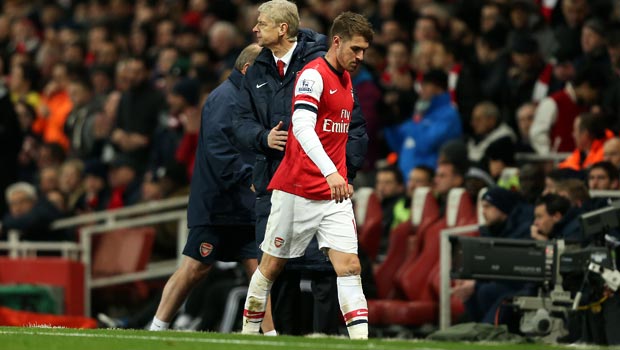 Arsenal boss Arsene Wenger and midfielder Aaron Ramsey have both admitted they cannot afford to take Hull lightly when the two teams meet in the FA Cup final.

The Gunners once again proved too strong for the Tigers on Sunday when they ran out 3-0 winners at the KC Stadium. Ramsey’s return to fitness and the inclusion of Mesut Ozil gave Wenger’s men a real boost as they cruised to victory.

The Welshman scored the first goal and then turned provider for Lukas Podolski as the German scored a brace. Despite their comfortable victory, the pair have denied the cup final will be an easy game.

Wenger said: “The cup final is a completely different game.”

Ramsey backed up his manager’s claims and insists their previous results mean nothing ahead of next month’s showpiece at Wembley.

“We have beaten Hull twice but are not going to take them lightly,” he said. “They are a well-organised team, get crosses in, and we can’t rely on our previous performances against them.”

The Tigers will be up against it due to their selection problems as boss Steve Bruce will be without strikers Nikica Jelavic and Shane Long, who are cup-tied.

As a result, Bruce will need to adjust his tactics for the contest and he admits his team will need to dig deep to find a way to win.

He said: “We always knew that and we have got through to the cup final without them [Jelavic and Long].

“There is no doubt that they gave us something extra at the top end of the pitch so we will have to find a way to work without them.”