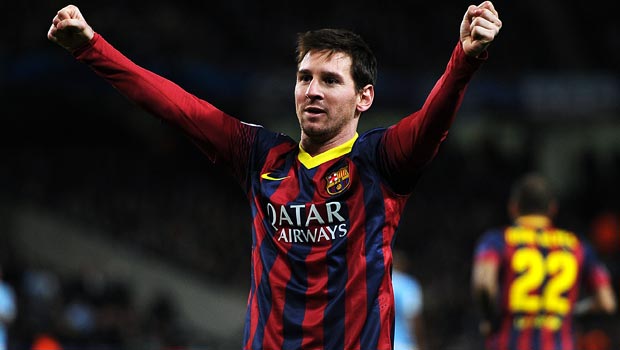 Lionel Messi feels Barcelona are now getting back to their best form and insists the battle to win La Liga is not over despite Real Madrid being made the 1.25 favourites for the title.

Barca suffered a shock 1-0 defeat to Real Valladolid last weekend, a massive setback in their attempts to chase down major rivals Real.

Going into this weekend’s fixtures, the Champions League quarter-finalists are third – a point behind second-placed Atletico Madrid and four points off table-toppers Real.

But despite the stuttering form to date this season, Messi feels Barca have now put all their problems behind them – highlighted in Wednesday’s Champions League success over Manchester City.

The Argentinian superstar stated: “We have returned to be the Barcelona that we want and that the fans expect.

“We lost the opportunity (last weekend) to continue being close to Real Madrid, but the league isn’t lost whatsoever. There’s a long way to go.”

Dani Alves, who scored the other goal on Wednesday, echoed Messi’s thoughts and feels the defending champions are now “moving forward”.

With key players now back to full fitness- the likes of Messi, Neymar and Jordi Alba – many feel Barca will mount a fierce challenge to the two Madrid clubs – with the Catalan giants 5.20 with Dafabet to claim the title.

Gerardo Martino’s men face a home clash with Osasuna on Sunday afternoon as they look for back-to-back wins for the first time since mid-February. They then face Real Madrid at the Bernabeu next weekend, whilst Atletico visit the Nou Camp on the final day of the season.

Interestingly, it is in the second half of matches that Barcelona seem to have struggled in this season. The stats show that if games were to finish at half-time, Barcelona would be four points clear at the top of the league.