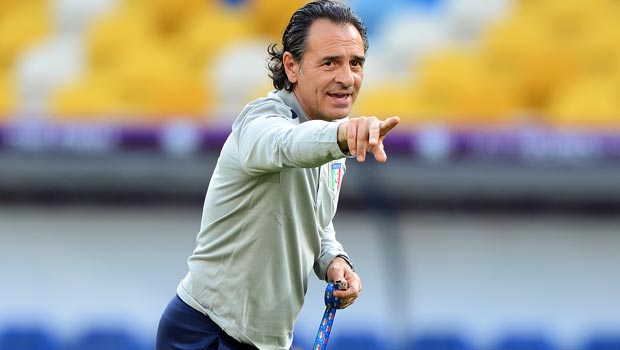 Cesare Prandelli believes England (3.10 to win Group D) will be an ‘improved’ team when they face his Italy team at this summer’s World Cup.

The two teams last met at Euro 2012 when the Azzurri were the better side and eventually won on penalties before reaching the showpiece final.

Despite many pundits writing off England’s chances in Brazil, Prandelli believes they will pose a bigger threat than they did in Poland and Ukraine.

The former Fiorentina and Roma boss is particularly impressed with some of the Three Lions’ younger players, who have made a big impact for their club’s this season, with the likes of Daniel Sturridge, Ross Barkley, Raheem Sterling and Adam Lallana all looking like being on the plane bound for South America.

Prandelli said: “I think England have improved a lot. They have discovered new players, especially the wingers, and athletic players who run a lot.

“We’ll find a different England (to the team from 2012), with different footballers, because like I said, in the last months they have been good and lucky enough to scout new and talented players.”

The two European sides meet in Manaus in their first tournament game (Dafabet Match Betting – England 2.96, draw 2.98, Italy 2.46) on June 14, with Uruguay and Costa Rica making up the teams in Group D.

The latest FIFA world rankings suggest the group will be tight, with Uruguay the top ranked team – sixth in the standings.

Despite a recent friendly defeat to Spain, Italy remain eighth with England have moved up to 12th whilst Costa Rica are ranked 34th.