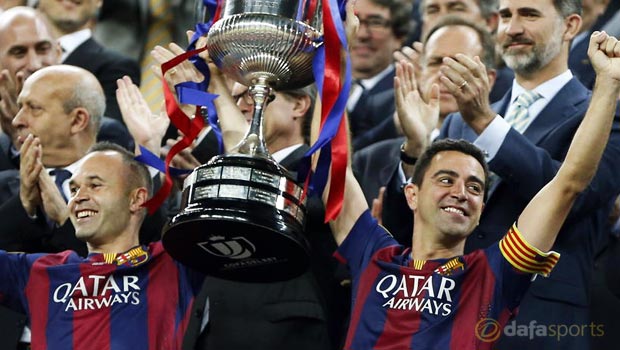 Barcelona coach Luis Enrique has set his sights on Juventus following his side’s 3-1 victory over Athletic Bilbao in the Copa del Rey final.

The cup triumph was the Blaugrana’s second trophy of the season following their La Liga success and it was the sixth time in the club’s history that they had achieved the domestic double.

The Catalan giants will now turn their attentions to the Champions League final next Saturday, when they will take on Juventus in Berlin looking to secure only a second treble in their history.

Enrique admits that his side are fully focused on taking on the Old Lady at the Olympiastadion, believing that the opportunity to make history is one of the team’s main motivations.

He said: “We have two [trophies] now, but we want the third. That would be truly superb. That is the attitude this team has, this club has. We want to take the chance to enter into history again.”

The 45-year-old knows his side will face a formidable test against the Turin club, who are also looking to seal an historic treble with victory in the German capital.

Barca’s task may be made even more difficult with key midfielder Andres Iniesta struggling with a calf injury that he picked up during the victory over Bilbao.

The 31-year-old was forced to come off in the 56th minute of the match at the Camp Nou, but Enrique is hopeful the experienced midfielder will be fully fit for next week’s match.

He continued: “Iniesta had a little problem, but he was able to take place in celebration. So we hope it is nothing important, and he can play in Berlin. It will be very difficult, against a squad also looking for the treble. We will have to play a perfect game.”

The Blaugrana are 1.62 favourites to secure a fifth European crown after 90 minutes, whilst the Italians are available at 5.50. The draw is on offer at 3.75.